Although you've laid out the case for advanced decision-making processes brilliantly, can you elaborate on whether your drive to add more layers of auto-enemy activation elements might be tied to the period in which you're playing - or if that even matters at all?

Well that is an interesting question. In the beginning of Charles Grant's book Programmed Wargame Scenarios Mr. Grant described four ways to use his scenarios:

To be honest, this last one really shocked me. Why would you want to play neither side? Wasn't the whole point to play? Of course the solo gamer is not exactly winding up clockwork soldiers and watching them move about (like the old electric football games of my youth); he is executing the movements, rolling the dice, checking line of sight and so on. What he is not doing is "influencing" the battle, rather he is letting it play out, like a story.

Now some people may not enjoy that, but sometimes I do. But even if you don't, playing that way can lead to a better result if you like options 2 or 3. Essentially the "programming" part is what I am working on. You also said:


So far, the RRtK solo deployment and tactics rules - though broad - have been satisfactory in the very few games I've played. I've created a small enough number of bodies to make most decisions pretty straightforward, and, once embroiled, the Reaction System takes it from there. In my last two games, I had three main attack bodies and one in reserve on the enemy side (War Rating 3), so I just followed the guidelines for the particular tactics rolled on pages 52 and 53 and gave all enemy main attackers an order that was as obviously consistent with the deployment & tactics as possible. In your example above using Roman Heavy Infantry, I'd just send them up the center, full movement!

That is a decision you, the player made, not the rules. That is where the difference lies. No problem if you make those obvious decisions as you like to play using option 1 above. Same for option 2 and 3 when you make those decisions for your side, but neither the reaction system as it is, nor you making the obviously consistent choices can count as a "programmed opponent".

So that leads to the question of: why do this? Why go through all of this work when you can simply play it to the best of your ability and leave all of that paperwork behind? Part of it is a professional interest in (pseudo-)artificial intelligence, expert systems, and the like. Part of it is seeing what the system can do, what entertainment the dice can provide. And part of it is ... well, have you ever gotten stomped by an obviously superior player? Someone who pulled 'tricks' out their bag and did moves that not only did you not see it coming, but was something you flat out had not even considered as a way of approaching a tactical problem? I did, especially as a kid. I talked about some of the lessons I learned in my blog entry Tactical Exercises and Micro Games on one of my other blogs. I became interested in how we solve problems, the process our brain uses, and so on, in hopes of capturing and codifying it in some way. If I could do that – even in the simplest of terms – I would have an interesting programmed opponent. Essentially, it would have a personality of a sort.

Sounds like pie in the sky talk, so let's use concrete examples. If you refer back to the reaction chart I developed in the last blog entry you can see some of my 'personality' embedded in it. For example, I list five conditions to consider:

Not only does those five factors represent my thinking process on this particular tactical situation, it lists the order of precedence for consideration. Someone else, on the other hand, might not consider the 'catch up to provide support' as a valid reason to slow down, or might alter it by adding another condition. Someone else might consider the same factors, but change their order of precedence, such as moving support up to the top. Finally, someone else might simply say "move maximum always."

Once you start documenting these factors and conditions you start to get a sense of what matters and what does not. You can also start deliberately altering what you think is the best sequence for another. Maybe you consider yourself a cautious player and you want to play someone a little bolder and aggressive. Altering these tables allows you to do that.

Strange as it may sound, if enough people would do this, solo gamers could exchange their 'patterns' with other solo gamers and play their proxies. Would it be perfect? Of course not, but it will get better over time.

Finally, no I don't think this is a period thing. I did it for my WW II game using Memoir '44 (although I took a different approach). 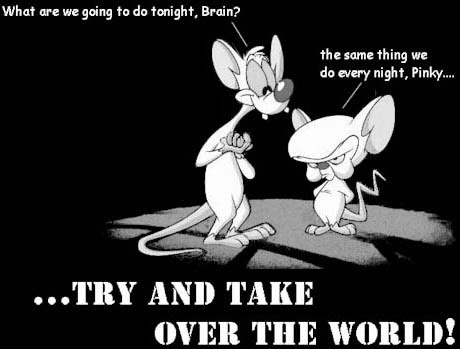